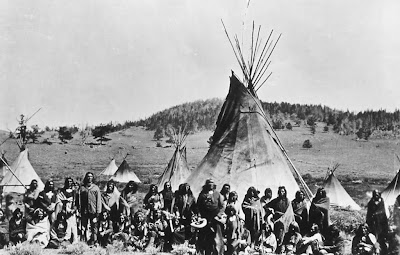 (photo courtesy of Photobucket)
This poem only loosely follows the prompt idea, but is part of my "Native American" series. Thursday November 26th is "Thanksgiving"- the American holiday where we celebrate hoodwinking the Indians, so this poem seems somehow appropriate.
From Buffalo Soldiers to
the Trail of Tears,
we came to conquer-
to steal away everything.
Trading their noble lives for
sugar, whiskey and our one God.
Forcing it down through clenched teeth,
a poisonous drug -making them crave it.
Instead of maize, pinon and venison,
they eat potato chips, twinkies and bologna.
Their reverence of nature replaced with
the arrogance of church spires.
Killing them with our ways, our insidious gifts,
in a centuries long “Final Solution“.
Posted by Cynthia Short 17 comments: 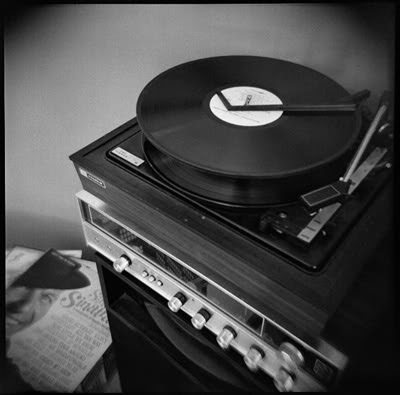 I must escape the manic screeching.
Hit and jar the stylus back to
smooth, melodious grooves-
Back to calm and normalcy.

The "P" words for this prompt made me feel a bit more stupid than usual and I had a terrible time coming up with anything. then I thought, "Use your stupidity!" So, this is what I came up with...
(After reading this , if you are interested, I have posted another in my series about Native Americans directly under this post. It is a "scene" poem of the same type we did a few weeks ago for prompt.)

T'would be much better to procrastinate,
believes this poet of pernicious prose.
As I’ve tendencies to prevaricate,
while much loftier bards turn up their nose.

My pea-sized brain is but a porous mess
laced thickly with a plethora of cheese.
And the talent inside is so much less
than fortunates who have advanced degrees.

Whilst kneeling here in my confessional
I will admit to hopes of accolades.
But my posthumous processional
will only stop the critic's sharpened blades.

So thanks to You for each kind platitude,
as I extend my heartfelt gratitude.

(told you it was silly!)
Posted by Cynthia Short 20 comments: 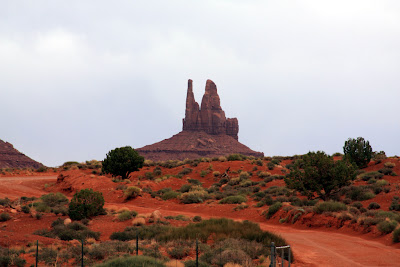 (photo courtesy of Photobucket)
This is another piece in the series I am writing about Native Americans. The title refers to the area of the US where 4 states come together and where resides the largest reservation in America.

Under a convex roof
of azurite blue,
drifts of lace cirrus
race through mazes of currents
blown by mirages.

Chaparral, sagebrush and
damned Russian thistle,
their stubborn roots grabbing-
an attempt to gain purchase of
the dry, dusty valley.

I know I should NEVER watch the news or read the paper. When I do, this is what happens!


They think I believe
their outrageous bullshit.
They think I’m naïve, or
some silly optimist.
What choice did we have?
Professional geezer
with “rogue” idiot in tow
Or TV preacher, hawking snake oil
to the gullible masses.
A chorus of yammering,
what they think can be sold,
“Just keep the rube’s pacified.”
as they play three card monte,
odds stacked toward their house.
Am I the only wanting
to scrap the whole damn shebang
and start over completely?
Posted by Cynthia Short 1 comment: 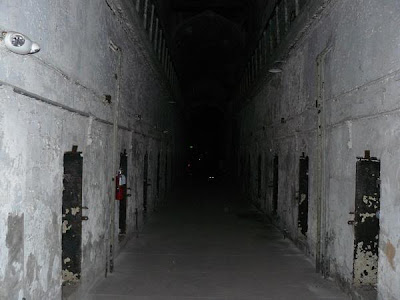 For this prompt, we were supposed to use our dreams to help create poetry. I must admit that the instructions went a bit over my head, so I simply thought that since I have always been plagued with strange and vivid dreams, I would just write one down in poetry form. This is a pretty common dream for me...

Lost within hallways,
a maze of strange corridors
Careening off aimlessly.
Cold industrial grays with
Inky black corners.
Door after door,
too many to number,
I must open them all,
must find what I’m searching for.
I must, I must…

Each door that is opened,
a blank wall behind it.
More appear magically,
all life depending
on finding the right one.
Ears thrumming loudly,
buzzing white noise,
engorged with pure panic,
I must save - must rescue.
I must, I must…

Completely exhausted,
each movement impossible.
Maneuvering heavily through
thick gelatinous ooze.
Terror rising in shuddering
layers, horrible waves.
Breath shallow and strangled,
I must find the opening,
or Everything’s over.
I must, I must…

Attempting to speak,
To scream out for guidance.
Dry gluey lips and
Thick useless tongue only
allows unintelligible garbling.
As the hallway dissolves to
kaleidoscope prisms
Doors are now hidden,
But I still must continue.
I must, I must…

I now feel THEM behind me,
long fingers scrabbling.
Reaching out, plucking
my hair, arms, ankles,
Holding me fast.
Unseen enemies
halting my quest,
pulling me backwards
Into the abyss.
Too late, Too late…
Posted by Cynthia Short 15 comments: 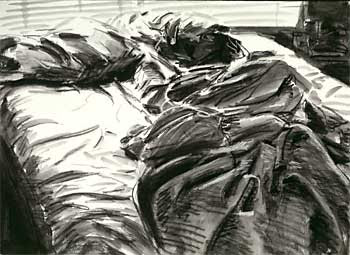 For this week's poetry prompt we were to describe a scene without actually telling what has happened, just allowing the "props" to tell the story. This is what I came up with. (I'll warn you, it's kind of dark...)

An inane treacle of music oozes it's
mocking reminder of unrealized dreams.

Satin and lace tossed haphazardly in anticipation
of a wanting ache for attachment.

The odor of sweat and disappointment infuse
dim corners with cloying sadness.

Beating down like cleansing rain, the shower
cannot drown the choking heave of bitter tears.


(If you are interested, please leave a comment below telling me what YOU think has happened...)
Posted by Cynthia Short 24 comments: 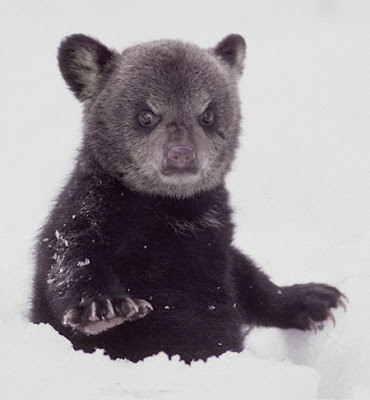 I've spent lots of time making up stories on the spot for my kids and grand kids. Here is one I turned into a poem...

Young Ted was a boy who always was mad,
Mumblin', grumblin', and so often sad.

He thought that the world was a terrible place,
And went everywhere with a frown on his face.

He fought every rule, and hated each chore,
Thought school was a dud, and homework a bore.

He longed to be out with the wind in his hair,
With his home the great forest, and live as a bear!

Why if he was a bear, then he’d be the boss,
Nobody could tell him to brush and to floss,

To scrub behind ears or wipe off his feet,
And no one could tell him what he had to eat!

Each day he would wish and each night he would pray,
To wake up the next morning in the bright light of day

And be covered with fur, have feet with sharp claws,
And long pointy teeth in big bear-like jaws.

He’d break out of this place to live off the land,
Be on his own and just wild, oh life would be grand!

Well one morning Ted woke, and scratching his head,
Found that he wasn’t asleep in his very own bed!

But out in the woods, ‘neath a tall redwood tree.
He now was a bear and why, NOW HE WAS FREE!

But he was only a cub, with Momma Bear by his side,
Who was rough and was tough and would not be defied!

She made him stay close, would not let him stray,
Always searching for food, there was no time for play.

And if he was lazy or gave her some flack,
She’d take her big paw and give him a smack!

They went to the river; he thought just to swim,
But she caught a salmon and gave it to him.

She told him to eat it, but that just wasn’t right,
He didn’t like sushi, but was not gonna fight.

He pretended to nibble, then tossed it down in the dirt,
And what happened next, GOSH it really did hurt!

Momma Bear wasn’t kidding or messing around,
But got very angry and knocked him flat on the ground!

She told him “ NOW EAT IT”, so that’s what he did,
But right then started remembering his life as a kid.

He thought back on his Mother, so gentle and sweet,
Who never would whack him or force him to eat.

He thought of his Dad who never got mad,
Even when Ted acted all bratty and bad.

Ted the bear just sat down and rubbed at his eye
he sure wouldn’t let Momma Bear see him cry.

No, this life as a bear was not easy or fun,
And he longed to wake up, the dream over and done.

But each day went on just the same as the last,
With poor ol’ Ted thinking of his happier past.

Soon it was winter, and it started to snow,
So Mama Bear said it was now time to go

Down into the cave, to sleep until spring.
Why Ted never had heard of any such thing!

He hated to sleep, he thought it was wrong,
One night was a lot, but months, THAT WAS LONG!

But Mama Bear grabbed him and settled him down,
With a smack and a growl and a big toothy frown.

So they huddled together in one furry heap,
And slowly poor Ted drifted off into sleep.

Well, he slept like forever, which wasn’t much fun,
Except for dreams of his family and days in the sun.

Then winter was over, it was time to awake,
To brush off the cobwebs, to stretch and to shake.

But when Ted looked around, he was happy to see
He was back in his bedroom - now he was free!

So the first thing he did was to say a quick prayer,
Happy to be just a boy, and not some stinkin’ old bear!
Posted by Cynthia Short 6 comments: